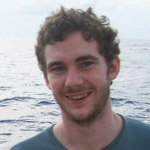 “What the mouse should be learning is: ‘Ah hah, wait a minute, when I have access to this button I shouldn’t respond, because my responding doesn’t get me anything,‘” Gourley says. END_OF_DOCUMENT_TOKEN_TO_BE_REPLACED