Everyone is intimately familiar with the material necessary for FMT, but its microbial components vary with the individual donor, diet and Read more 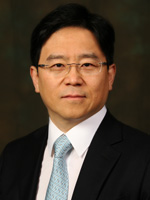 In contrast, Yoon’s team is able to produce cells that already have endothelial character hammered into them. The authors have applied for a patent. The co-first authors were instructor Sang-Ho Lee, PhD and Changwon Park, PhD, assistant professor of pediatrics. END_OF_DOCUMENT_TOKEN_TO_BE_REPLACED

Posted on February 24, 2017 by Quinn Eastman in Heart Leave a comment

This recent paper in Circulation, from Arshed Quyyumi and colleagues at the Emory Clinical Cardiovascular Research Institute, can be seen as a culmination of, even vindication for, Â Dean Jones’ ideasÂ about redox biology.

Let’s back up a bit.Â Fruit juices, herbal teas, yogurts, even cookies are advertised as containing antioxidants, whichÂ could potentiallyÂ fight aging. This goes back to Denham Harman and the free radical theory of aging.Â [I attemptedÂ to explain this several years ago in Emory Medicine.]

We now know that free radicals, in the form of reactive oxygen species, can sometimes be good, even essential for life. So antioxidants that soak up free radicals to relieve you of oxidative stress: that doesn’t seem to work.

Dean Jones, who is director of Emory’s Clinical Biomarkers laboratory,Â has been an advocate for a different way of looking at oxidative stress. That is, instead of seeing cells asÂ big bags of redox-sensitive chemicals, look at cellular compartments. Look at particular antioxidant proteins and sulfur-containing antioxidant molecules such asÂ glutathione and cysteine.

That’s what theÂ Circulation paper does. Mining the Emory Cardiovascular Biobank, Quyyumi’s team shows that patients with coronary artery disease have a risk of mortality that is connected to the ratio of glutathione to cystine (the oxidized form of the amino acid cysteine).

How this ratio might fit in with other biomarkers of cardiovascular risk (such as CRP, suPAR, PCSK9,Â more complicated combinationsÂ and gene expression profiles, even more links here) and be implemented clinically areÂ still unfolding.

Posted on February 5, 2016 by Quinn Eastman in Heart Leave a comment

Congratulations to Kiyoko Takemiya, a postdoctoral fellow in Emory’s Division of Cardiology, working with W. Robert Taylor. At the recent American College of Cardiology meeting in Washington DC, she won first place in the competition for an ACC Foundation/ Herman K. Gold Young Investigators AwardÂ in Molecular and Cellular Cardiology.

The title of her research presentation was: A Novel Imaging Probe for the Detection of Subclinical Bacterial Infections Involving Cardiac Devices.

Takemiya, Taylor, and their colleagues (including Mark Goodman and Niren Murthy, formerly at Georgia Tech and now at UC Berkeley) developed a fluorescent probe that allows the detection of small levels of bacteria on cardiac devices. The probe was tested in rats, some of which had relatively mild local S. aureus infections. The fluorescent probeÂ (PET is also under investigation) makes use of the properties of maltohexaose, a sugar that is taken up by bacteria but not mammalian cells.

Infection rates for implantable cardiac devices such as pacemakers have been rising, according to a 2012 paper in NEJM.

Posted on April 7, 2014 by Quinn Eastman in Heart Leave a comment