Blood versus the crypts

While recent studies have found evidence for the healing properties of blood from younger individuals, the fascination with “young blood” has been a part of the human condition for centuries.

In ancient Greece, Hippocrates introduced the concept that our health and temperament was controlled by the four humors, proposing that blood was the one responsible for courage, playfulness as well as hope. From the 16th century story of Countess Elizabeth Báthory de Ecsed of Hungary, the idea of “blood baths” acquired decidedly more sinister connotations.

The “Blood Countess” holds the Guinness World Record as the most prolific female murderer. With 80 confirmed kills, Báthory might have lured up to 650 peasant girls to her castle with the promise of work as maidservants or courtly training. Instead of etiquette lessons, they were burned, beaten, frozen or starved for the Countess’ sadistic pleasure. Folk stories told how she would bathe in the blood of virgins to preserve her youth and beauty. 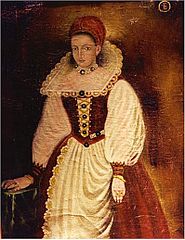 Portrait if Elizabeth Bathory, via Wikimedia

Humors remained a staple of traditional western medicine until the 1800s when medical research and our modern concept of medicine emerged. In this more enlightened age, people started sewing animals together to see what would happen.

In the mid-1800s, a French zoologist named Paul Bert first experimented with the creation of parabionts: the surgical joining of two animals, usually two rodents of the same species, in order to study the effect of one’s blood on the other. END_OF_DOCUMENT_TOKEN_TO_BE_REPLACED

Posted on October 30, 2016 by Quinn Eastman in Heart, Immunology, Neuro Leave a comment

A paper from cardiologist Aloke Finn and colleagues (published Wednesday, Aug. 5 inÂ Nature Communications) describes how the protein CD163, produced by macrophages, puts the brakes on muscle repair after ischemic injury in mice. Here’s why we think this paper is interesting.

*Speculatively, there are connections to the recent wave of “young blood cures old body” parabiosis research. Increased CD163 is a marker of aging in humans. Maybe low levelsÂ of CD163 areÂ part of how young blood is restorative.

*Translational potential — it wouldn’t be too hard to make anÂ antibody against human CD163. Something that blocks CD163Â could possibly be used to treat muscle breakdown, whichÂ occurs in response to injury, inactivity and in diseases such as cancer and diabetes.

*Finn says his team was surprised to find that mice lacking CD163, tested in experiments where blood flow is restricted in one leg, showed increased blood vessel and muscle growth in the otherÂ leg. It looks like part of CD163’s roleÂ is to limit muscle regeneration to the site of injury. END_OF_DOCUMENT_TOKEN_TO_BE_REPLACED

Posted on August 5, 2015 by Quinn Eastman in Heart Leave a comment