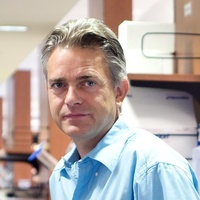 Anelloviruses are relatively primitive in that they do not encode a viral polymerase (the enzyme that copies DNA) and thus need to rely upon the host cell and replicate inside the nucleus. The new ones were named Torque teno mini virus Emory1 (TTMV Emory1) and Torque teno mini virus Emory2 (TTMV Emory2). The research team gave a nod to Emory by using its colors in the virus genome cartoons accompanying the publication.

The project came from a casual visit in the summer of 2013. I was a postdoc in Eric Delwart’s lab and was visiting the CDC to give a talk and stop by Emory. During my visit with Erwin, we talked about “A road map to the human virome” and came to a realization that brain tumors are the most under-characterized tissue, in terms of viruses. Potential virus identification in these samples could significantly increase our understanding, and with the state-of-the-art next generation sequencing techniques, these questions can now be answered.

Viruses aren’t major drivers for most cancers, but they are responsible for a subset. Human papilloma viruses, which cause cervical and head and neck cancers, and hepatitis B virus, which increases the likelihood of liver cancer, are good examples. Identification of viruses as causes for human cancer could be important because it opens up the possibility of vaccination, as has been successfully applied to HPVs.