Anyone familiar with Alzheimer’s disease research can say what a challenge drug development has been. In Emory’s Department of Pharmacology, Thota Ganesh is focusing on an anti-inflammatory approach. Ganesh’s work has been supported by the Alzheimer’s Drug Discovery Foundation and more recently by a five-year, $3.6 million grant from the National Institute on Aging.

An assistant professor at Emory since 2011, he is continuing research he undertook with Ray Dingledine on EP2 antagonists. In animals, they showed that this class of compounds could reduce injury to the brain after a prolonged seizure. Since then, they have shown that EP2 antagonists have similar effects in protecting against organophosphate pesticides/nerve agents.

EP2 is one of the four receptors for prostaglandin E2, a hormone involved in processes such as fever, childbirth, digestion and blood pressure regulation. Before Ganesh and colleagues from the Emory Chemical Biology Discovery Center started looking for them, chemicals that could block EP2 selectively were not available.

Their idea is: blocking EP2 is a better strategy than the more general approach of going after prostaglandins, the targets for non-steroid anti-inflammatory drugs (NSAIDs) such as aspirin, ibuprofen and celecoxib (Celebrex). END_OF_DOCUMENT_TOKEN_TO_BE_REPLACED

Posted on August 1, 2017 by Quinn Eastman in Neuro Leave a comment 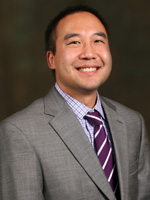 This finding may seem obvious, but imagine what a larger, more detailed analysis could do: start to replace locker room myths and marketing aimed at bodybuilders with science. This was a small, preliminary study, and the authors note they were not able to assess diet or nutritional supplementation. END_OF_DOCUMENT_TOKEN_TO_BE_REPLACED