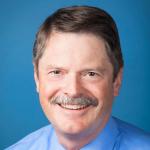 The results were published June 1 inÂ Proceedings of the National Academy of Sciences. END_OF_DOCUMENT_TOKEN_TO_BE_REPLACED

Posted on June 2, 2015 by Quinn Eastman in Immunology Leave a comment

Raise your hand if you played tetherball in grade school. Paul Spearman and his colleagues have a new paper in the journal Cell Host & Microbe probing a protein called â€œtetherinâ€ that keeps HIV ensnared within cells it is infecting.

The paper includes electron microscopy images that make it possible to imagine a tiny cord attached to a nascent HIV particle within the cell. In these images, we donâ€™t see the tetherin protein directly. However, we do see gold beads, bound to antibodies against the tetherin protein, which indicate where the protein is. The microscopy was performed at Emoryâ€™s Robert P. Apkarian Integrated Electron Microscopy Core.

Tetherin is a so-called â€œrestriction factor,â€ one of several proteins within the cell that interfere with parts of the viral life

The black dots are antibody-linked gold beads, which indicate where the tetherin is. The larger globules are viral capsids.

cycle. Other restriction factors include enzymes that strip the viral RNA or impede the assembly of the viral capsid. Tetherin also interferes with a variety of other viruses such as Ebola.

Some viral proteins such as HIVâ€™s Vpu or Nef fight back against the action of tetherin. Tracking how this kind of arms race has developed can help scientists follow how HIV evolved from similar retroviruses that infect non-human primates. In addition, knowing how tetherin works could be important in efforts to eradicate potential reservoirs of HIV in infected individuals, and in understanding how the virus is transmitted from person to person.

â€œThe reason that there is a large, internal collection of HIV particles in macrophages is hotly debated,â€ Spearman explains. â€œSome see this as a reservoir of virus that is available to spread to other cells, others would say this is a dead-end compartment. We found that the compartment basically goes away when we deplete tetherin, so tetherin is essential to the existence of the virus-containing compartment.â€

Chu and his co-workers examined what happened in macrophages when they used a tool called â€œRNA interferenceâ€ to turn off the tetherin gene.

â€œWe found that cell-cell transmission was enhanced when we depleted tetherin. My interpretation is that when tetherin is upregulated in macrophages, viral particles are rapidly internalized and are not transmitted.â€

â€œAnother significant finding is that Vpu doesn’t work well in macrophages. If we can determine why it doesn’t work well in this cell type, it will help us understand how Vpu does work so efficiently in other cells such as T cells. Macrophages are one of the most important cell types infected by HIV, so these questions are likely to be very important in how virus spreads and is maintained in infected individuals.â€

Spearman is chief research officer for Childrenâ€™s Healthcare of Atlanta and director of the Childrenâ€™s Center for Vaccines and Immunology, within the Emory-Childrenâ€™s Pediatric Research Center. He is also professor and vice chair of research in pediatrics at Emory. Hin Chu is a graduate student in the Microbiology and Molecular Genetics program.

Posted on September 13, 2012 by Quinn Eastman in Immunology 1 Comment

HIV presents a challenge to vaccine design because it is always changing. If doctors vaccinate people against one variety of virus, will the antibodies they produce stop the virus that they later encounter?

A recently published report on an experimental HIV vaccineâ€™s limited effectiveness in human volunteers illustrates this ongoing puzzle in the HIV vaccine field.

Paul Spearman, now chief research officer for Childrenâ€™s Healthcare of Atlanta and vice chair for research for Emoryâ€™s Department of Pediatrics, began overseeing the study when he was at Vanderbilt. The report is in the April 15 issue of the Journal of Infectious Diseases.

The vaccine was designed to elicit both antibody and T cell responses against HIV and in particular, to generate broadly neutralizing antibodies. Unfortunately, it didnâ€™t work. Volunteers who received the vaccine made antibodies that could neutralize the virus in the vaccine, but not related viruses thought to be like what participants in a larger study might encounter.

â€œHigh levels of neutralizing antibodies can be raised against HIV, while at the same time, breadth of neutralization has never yet been achieved in a vaccine,â€ Spearman says. â€œThe essential problem is that the antibodies raised have a narrow specificity, while the virus is extremely variable. In contrast, about 20% of HIV-infected individuals will demonstrate neutralization breadth.â€

Last year, scientists demonstrated a method for identifying these broadly neutralizing antibodies in HIV-infected individuals. However, having a vaccine hit that target reliably is still elusive.

Spearman reports that he is in charge of a new trial that will be boosting the same individuals that participated in the previous trial with HIV protein from a clade C virus, starting later this year. Clade C is the predominant HIV subtype in southern Africa, while clade B, used in the published trial, is the predominant subtype in North America and Western Europe.

Posted on April 11, 2011 by Quinn Eastman in Immunology Leave a comment