Scientists at Emory University School of Medicine have created a mouse model of human 3q29 deletion syndrome, which is expected to provide insights into the genetic underpinnings of both schizophrenia and autism spectrum disorder.

In 3q29 deletion syndrome, a stretch of DNA containing several genes is missing from one of a child’s chromosomes. The deletion usually occurs spontaneously rather than being inherited. Affected individuals have a higher risk of developing intellectual disability, schizophrenia, and autism spectrum disorder. 3q29 deletion is one of the strongest genetic risk factors for schizophrenia, and the Emory researchers see investigating it as a way of unraveling schizophrenia’s biological and genetic complexity.

The results were published in Molecular Psychiatry.

“We see these mice as useful tools for understanding the parts of the brain whose development is perturbed by 3q29 deletion, and how it affects males and females differently,” says Jennifer Mulle, PhD, assistant professor of human genetics. “They are also a starting point for dissecting individual genes within the 3q29 deletion.”

Working with clinicians and psychologists at Marcus Autism Center, Mulle is leading an ongoing study of 3q29 deletion’s effects in humans, and observations from the mice are expected to inform these efforts. (More about Mulle here.) END_OF_DOCUMENT_TOKEN_TO_BE_REPLACED

Posted on July 11, 2019 by Quinn Eastman in Neuro Leave a comment

Emory researchers have identified molecular mechanisms that regulate motivation and persistence in mice. Their findings could have implications for intervention in conditions characterized by behavioral inflexibility, such as drug abuse and depression.

Scientists showedÂ that by manipulating a particular growth factor in one region of the brain, they couldÂ tune up or down a mouseâ€™s tendency to persist in seeking a reward. In humans, this region of the brain is located just behind the eyes and is called the medial orbitofrontal cortex or mOFC.

â€œWhen we make decisions, we often need to gauge the value of a reward before we can see it — for example, will lunch at a certain restaurant be better than lunch at another, or worth the cost,â€ says Shannon Gourley, PhD, assistant professor of pediatrics and psychiatry at Emory University School of Medicine. â€œWe think the mOFC is important for calculating value, particularly when we have to imagine the reward, as opposed to having it right in front of us.â€

The results were published WednesdayÂ inÂ Journal of Neuroscience. 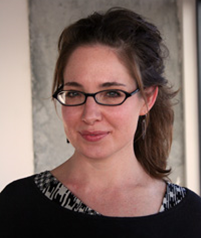 Being able to appropriately determine the value of a perceived reward is critical in goal-directed decision making, a component of drug-seeking and addiction-related behaviors. While scientists already suspected that the medial orbitofrontal cortex was important for this type of learning and decision-making, the specific genes and growth factors were not as well-understood.

The researchers focused on brain-derived neurotrophic factor (BDNF), a protein that supports the survival and growth of neurons in the brain. BDNF is known to play key roles in long-term potentiation and neuronal remodeling, both important in learning and memory tasks. Variations in the human gene that encodes BDNF have been linked with several psychiatric disorders.

END_OF_DOCUMENT_TOKEN_TO_BE_REPLACED

Posted on April 20, 2016 by Quinn Eastman in Neuro Leave a comment