What timing! Just when our feature on Max Cooper and lamprey immunology was scheduled for publication, the Japan Prize Foundation announced it would honor Cooper and his achievements.

Cooper was one of the founders of modern immunology. We connect his early work with his lab’s more recent focus on lampreys, primitive parasites with surprisingly sophisticated immune systems.

Molecules from animals with exotic immune systems can be big business, as Andrew Joseph from STAT News points out. Pharmaceutical giant Sanofi recently bought a company focused on nanobodies, originally derived from camels, llamas and alpacas, for $4.8 billion.

Lampreys’ variable lymphocyte receptors (VLRs) are their version of antibodies, even though they look quite different in molecular terms. Research on VLRs and their origins may seem impractical. However, Cooper’s team has shown their utility as diagnostic tools, and his colleagues have been weaponizing them, possibly for use in cancer immunotherapy.

CAR-T cells have attracted attention for dramatic elimination of certain types of leukemias from the body and also for harsh side effects and staggering costs; see this opinion piece by Georgia Tech’s Aaron Levine. Now many research teams are scheming about how to apply the approach to other types of cancers. The provocative idea is: replace the standard CAR (chimeric antigen receptor) warhead with a lamprey VLR.

END_OF_DOCUMENT_TOKEN_TO_BE_REPLACED

Posted on February 13, 2018 by Quinn Eastman in Cancer, Immunology Leave a comment

Lampreys and the reverse spy problem

Call it the reverse spy problem. If you were a spy who wanted to gain access to a top secret weapons factory, your task would be to fit in. The details of your employee badge, for example, should look just right.

As described in this 2016 JCI Insight paper, Emory and University of Toronto investigators wanted to do the opposite. They were aiming to develop antibody tools for studying and manipulating plasma cells, which are the immune system’s weapons factories, where antibody production takes place. The situation is flipped when we’re talking about antibodies. Here, the goal is to stand out.

Monoclonal antibodies are classic biomedical tools (and important anticancer drugs). But it’s tricky to develop antibodies against the places where antibodies themselves are made, because of the way the immune system develops. To guard against autoimmune disease, antibodies that would react against substances in the body are often edited out.

To get around this obstacle, researchers used organisms that have very different immune systems from humans: lampreys. Emory’s Max Cooper and colleagues had already shown how lampreys have molecules — variable lymphocyte receptors or VLRs — that function like antibodies, but don’t look like them, in terms of their molecular structure.

We reasoned that the unique protein architecture of VLR Abs and the great evolutionary distance between lampreys and humans would allow the production of novel VLRB Abs against biomedically relevant antigens against which conventional Abs are not readily produced because of structural or tolerogenic constraints.

Senior author Goetz Ehrhardt, now at University of Toronto, used to be in Cooper’s lab, and their two labs worked together on the JCI Insight paper. END_OF_DOCUMENT_TOKEN_TO_BE_REPLACED

Posted on January 24, 2017 by Quinn Eastman in Immunology Leave a comment

Max Cooper celebrated in Nature for 50 yrs of B cells

Emory’s Max Cooper was celebrated this week in Nature for his discovery of B cells in the 1960s, while working with Robert Good at the University of Minnesota.

Cooper in Good’s laboratory in the 1960s (source: National Library of Medicine)

B cells are immune cells that display antibodies on their surfaces, and can become antibody-secreting plasma cells. Without B cells: no antibodies to protect us against bacteria and viruses. Where B cellsÂ come from, and how they can developÂ such a broad repertoire of antibody tools, was a major puzzle of 20th century immunology, which Cooper contributed toÂ solving. (See the Nature piece to learnÂ why the “B” comes from theÂ name of an organ in chickens.)

The authorsÂ did not mention that Cooper is now at Emory studying lampreys’ immune systems, which are curiouslyÂ different fromÂ those of mammals. The similarities and differences provide insights into the evolution of ourÂ immune systems. In addition, scientists here are exploring whether lamprey’s antibody-like molecules might be turned into anticancer drugs.

Posted on January 8, 2015 by Quinn Eastman in Immunology Leave a comment

This complex diagram, showing the gene segments that encode lamprey variable lymphocyte receptors, comes from a recent PNAS paper published by Emory’s Max Cooper and his colleagues along with collaborators from Germany led by Thomas Boehm. Lampreys have moleculesÂ that resemble our antibodies in function, but theyÂ look very different at the protein level. The study of lamprey immunityÂ provides hints to how the vertebrate immune system has evolved.

Posted on September 19, 2014 by Quinn Eastman in Immunology Leave a comment

Studying lampreys allows biologists to envision the evolutionary past, because they represent an early offshoot of the evolutionary tree, before sharks and fish. Despite their inconspicuous appearance, lampreys have a sophisticated immune system with three types of white blood cell that resemble our B and T cells, researchers have discovered.

Scientists at Emory University School of Medicine and the Max Planck Institute of Immunology and Epigenetics in Freiburg have identified a type of white blood cell in lampreys analogous to the “gamma delta T cells” found in mammals, birds and fish. Gamma delta T cells have specialized roles defending the integrity of the skin and intestines, among other functions.

The results are published in the journalÂ Nature. The finding follows anÂ earlier studyÂ showing that cells resembling two main types of white blood cells, B cells and T cells, are present in lampreys.

END_OF_DOCUMENT_TOKEN_TO_BE_REPLACED

Posted on August 15, 2013 by Quinn Eastman in Immunology Leave a comment 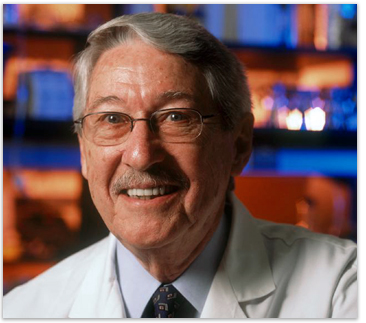