A study from Winship Cancer Institute of Emory University has the potential to change how patients whose prostate cancer recurs after prostatectomy are treated. The study was featured in both the plenary session and press program of the American Society for Radiation Oncology (ASTRO) Annual Meeting on Monday, October 26.

The Emory Molecular Prostate Imaging for Radiotherapy Enhancement, or EMPIRE-1 trial (NCT01666808), is the first randomized trial of men with prostate cancer with recurring cancer to show that treatment based on advanced molecular imaging can improve disease-free survival rates. The molecular imaging used in the study, the radiotracer fluciclovine (18F) PET, was invented and developed at Emory and Winship.

The phase II/III trial was led by Winship radiation oncologist and prostate cancer specialist Ashesh B. Jani, MD, MSEE, FASTRO, and Winship nuclear radiology specialist David M. Schuster, MD, FACR. The trial enrolled 165 patients whose cancer recurred after having undergone prostatectomies. One group received radiation therapy based on conventional imaging. The other group received treatment that was finalized based on imaging with the fluciclovine PET radiotracer. Those whose treatment was adjusted according to the results of the advanced molecular imaging showed an improvement in the cancer control end point.

“At three years, the group getting treatment guided by PET fluciclovine had a 12 percent better cancer control rate, and this persisted at four years as well, with a 24% improvement,” says Jani. “We think the improvement was seen because the novel PET allowed for better selection of patients for radiation, better treatment decisions, and better radiation target design.”

Fluciclovine PET imaging has been getting some attention in the urology/prostate cancer world.

Posted on November 4, 2020 by Quinn Eastman in Cancer Leave a comment

A cancer imaging agent that was originally developed at Emory was approved on Friday, May 27 by the U.S. Food and Drug Administration.

Axumin, a PET (positron emission tomography) imaging agent, is indicated for diagnosis of recurrent prostate cancer in men who have elevated PSA levels after previous treatment. Axumin, now being commercialized by UK-based Blue Earth Diagnostics, is also known as 18F-fluciclovine or FACBC (an abbreviation for anti-1-amino-3-[18F]fluorocyclobutane-1- carboxylic acid).

Imaging using axumin/fluciclovine is expected to help doctors detect and localize recurrent prostate cancer, and could guide biopsy or the planning of additional treatment. Fluciclovine was originally developed at Emory by Mark Goodman and Timothy Shoup, who is now at Massachusetts General Hospital.

The earliest research on fluciclovine in the 1990s was on its use for imaging brain tumors, and it received a FDA “orphan drug” designation for the diagnosis of glioma in 2015. About a decade ago, Emory researchers stumbled upon fluciclovine’s utility with prostate cancer, while investigating its activity in a patient who appeared to have renal cancer, according to radiologist David Schuster, who has led several clinical studies testing fluciclovine.

“This led us to see if this radiotracer would be good for looking at prostate cancer, specifically because of its low native urinary excretion,” Schuster is quoted as saying in the radiology newsletter Aunt Minnie. “If you look at the history of medical science, it is taking advantage of the unexpected.”

Early research on the probe was supported by Nihon Mediphysics, and later support for clinical research on FACBC/fluciclovine came from the National Cancer Institute, the Georgia Research Alliance and the Georgia Cancer Coalition. [Both Emory and Goodman are eligible to receive royalties from its commercialization]. Additional information here.

Posted on June 6, 2016 by Quinn Eastman in Cancer Leave a comment 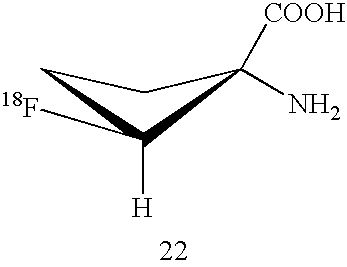 Because of space considerations, we did not include David Schuster’s description of how FACBC’s utility in prostate was first discovered.Â Several years ago, heÂ and Mark Goodman had begun investigating the probe’s potential in imaging brain tumors and kidney tumors, and used it withÂ a patient with a large renal mass and many enlarged lymph nodes, as described in the radiology newsletter Aunt Minnie. END_OF_DOCUMENT_TOKEN_TO_BE_REPLACED