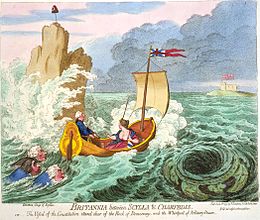 Caspary’s lab studies the Hedgehog pathway in early embryonic development. In the PNAS paper, former graduate student Sarah Bay and postdoc Alyssa Long show that targeting a downstream part of the Hedgehog pathway may be a way to avoid problems presented by both radiation/chemo and existing Hedgehog inhibitors.

Bay and Long’s focus was on Arl13b, a gene mutated in Joubert syndrome, which affects the development of the cerebellum. See this 2012 article for a discussion of Arl13b and cilia, the tiny hair-like structures on the surfaces of cells that act like radio antennae, receiving developmental signals.

In a variety of ways, Bay and Long demonstrate that “knocking down” or deleting the Arl13b gene inhibits medulloblastoma formation and growth. One question they also address is: what are the possible side effects of Arl13b inhibition? They show that if the gene is deleted from mice after birth, it does result in kidney cysts, but it does not affect the liver, skin or cerebellum.

“These initial findings suggest that Arl13b inhibition may be an appropriate strategy against MB (medulloblastoma) provided the kidney issues can be circumvented,” the authors write.

Right now, there is not an obvious way to target Arl13b with drugs, but that could change. Caspary reports that she has been working with Rick Kahn’s lab to develop biochemical assays for Arl13b activity, possibly for a high-throughput drug screen.

The Hedgehog pathway’s importance for development can be seen by looking at cyclopamine, a poison found in some flowers. In the 1950s, the effects of cyclopamine were discovered by Idaho sheep ranchers, who observed that some of their sheep were born with a single cyclops-like eye in the middle of their heads. Drugs resembling cyclopamine were developed into the Hedgehog inhibitors that were eventually approved for basal cell carcinoma. The PNAS authors conclude by suggesting that Arl13b inhibition might be useful against basal cell carcinoma as well.